Goobi 1.9 brought a huge improvement in search functionality with the option to perform a wide range of more detailed searches for specific data. At the same time, the search syntax was thoroughly revised and simplified.

In order to simplify the search process, a new search dialog box was designed that provides a clear interface allowing users to combine different search options without the need for specific training. 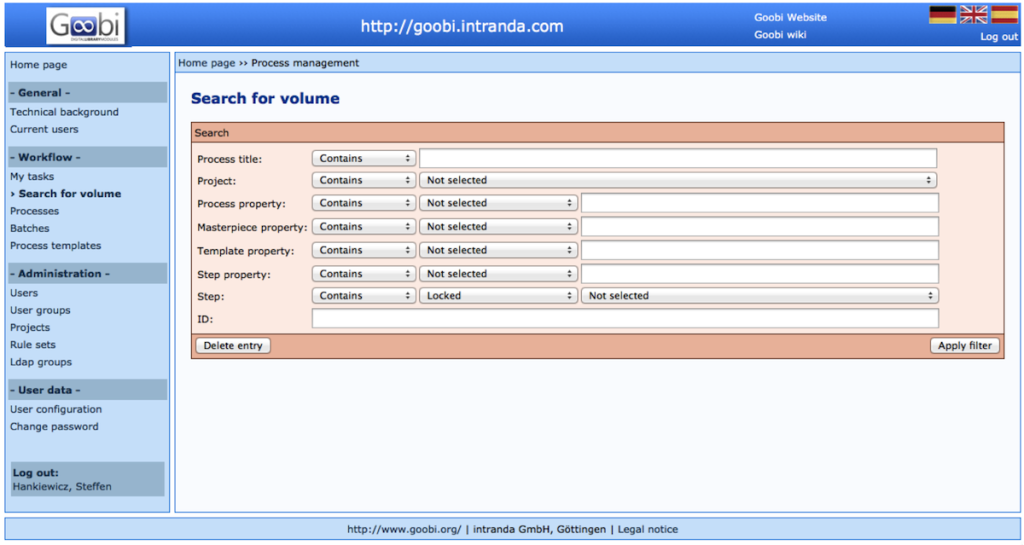 The batch concept was introduced to allow users to process large volumes of data for mass digitisation projects. Batching makes it possible to direct a number of individual units through the workflow in groups. The batches are created automatically by performing a mass import. If the batches subsequently need to be combined differently, there is an option to modify the combinations in the new admin dialogue box for batches. 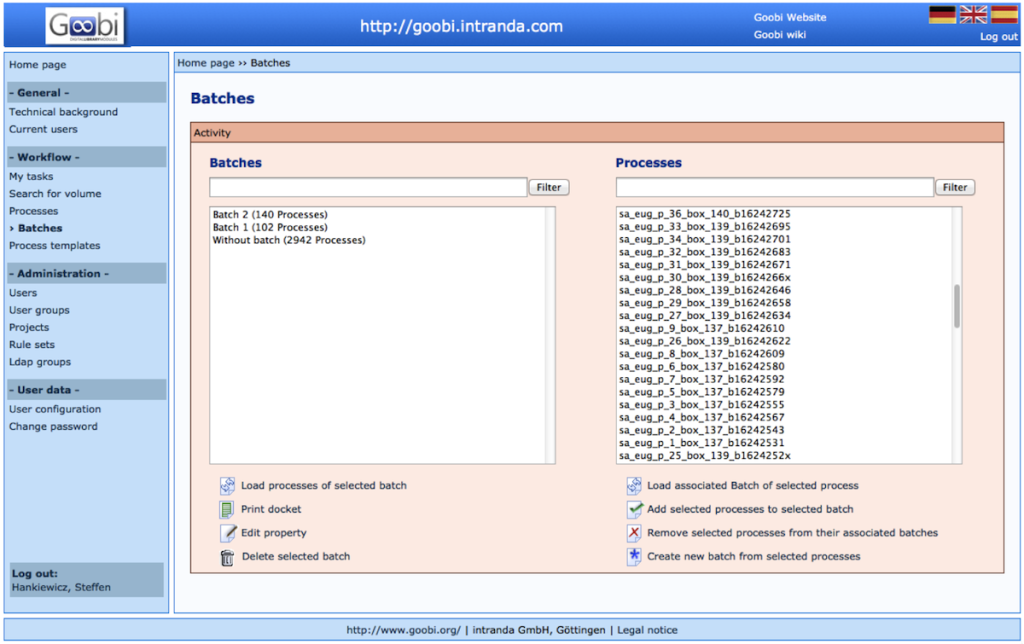 Search requests and the corresponding results in the form of tabular process lists can now be saved as Excel files. Additional statistical columns and the actual search request are saved in the Excel file as well as the table columns.

Users can now generate and download individual Excel files based on the statistics produced. These files can then be used for other purposes (e.g. billing ) in external programs. 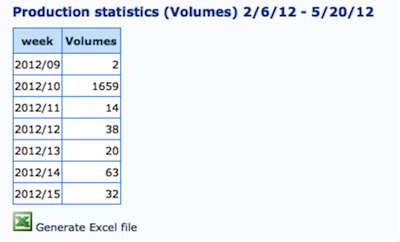 Projects that have expired (and for which no further volumes are to be added) can now be given the status ‘deactivated’. 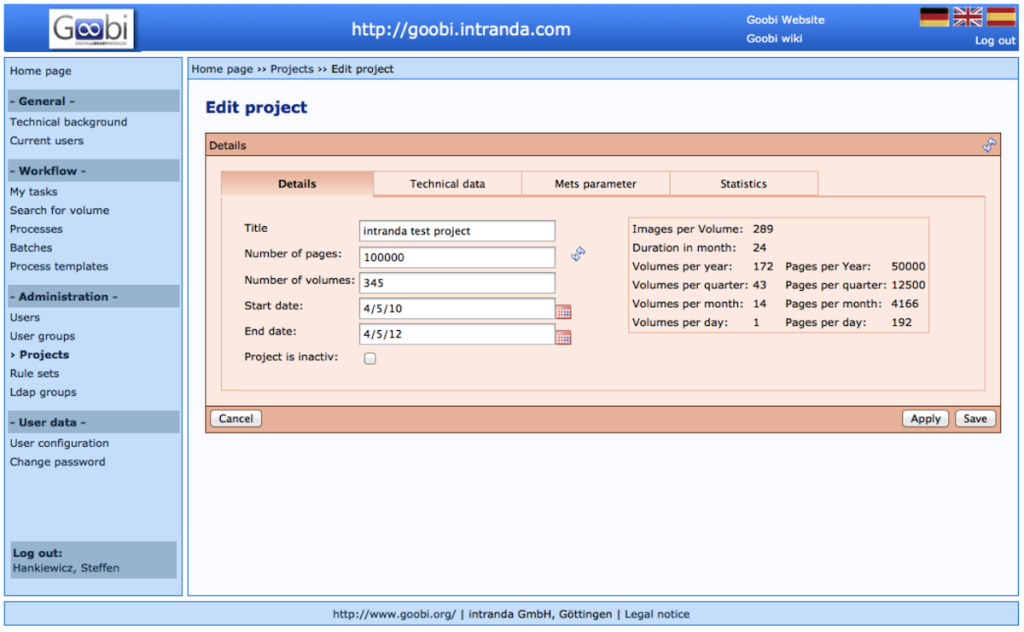 Volumes from deactivated projects will not be automatically displayed in the process list. However, the administrator may choose to display them by selecting the checkbox above the table.

Processes for which every step of the workflow has been completed are no longer displayed in the process list. However, the checkbox above the table provides an option to include completed processes in a given search and in the results display. 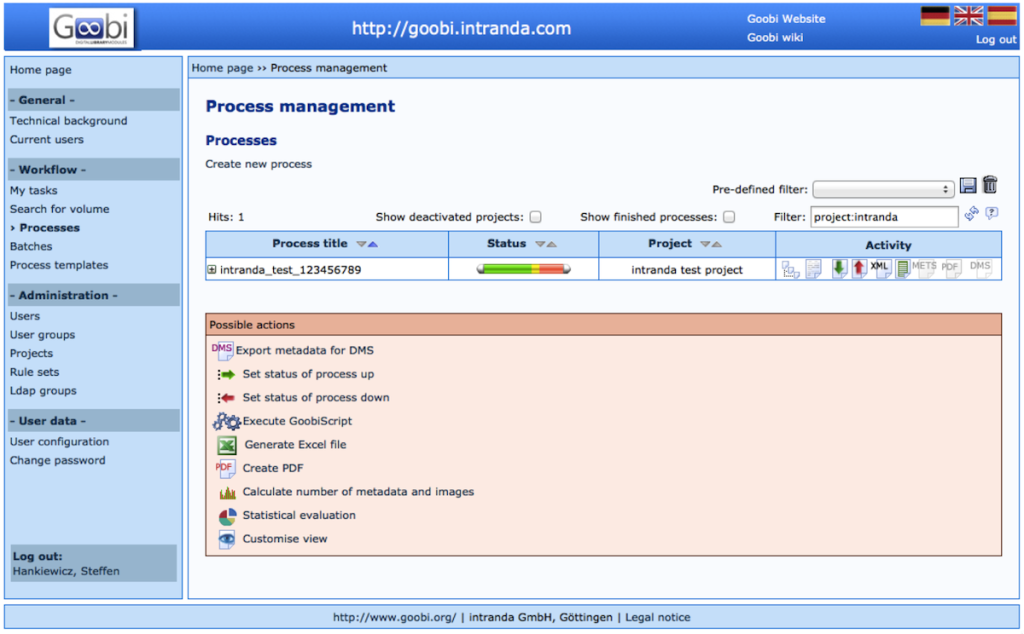 The previous Web API implementation was extended to work with the same plug-in mechanism as that used by mass imports. Individual Web API commands can be installed in Goobi separately during run time allowing calls to be made by external programs via URL calls.
Some examples from intranda are given below:

Goobi’s previous Wiki field was extended to include a type allocation with the result that individual messages can now be given a type when adding to the log. However, existing messages can no longer be deleted subsequently by other workflow staff, although they may add new messages. Correction messages and the corresponding solutions (as well as externally generated messages) are listed together in chronological order with a time stamp. This makes it possible to reconstruct individual workflow steps and processes with great accuracy. 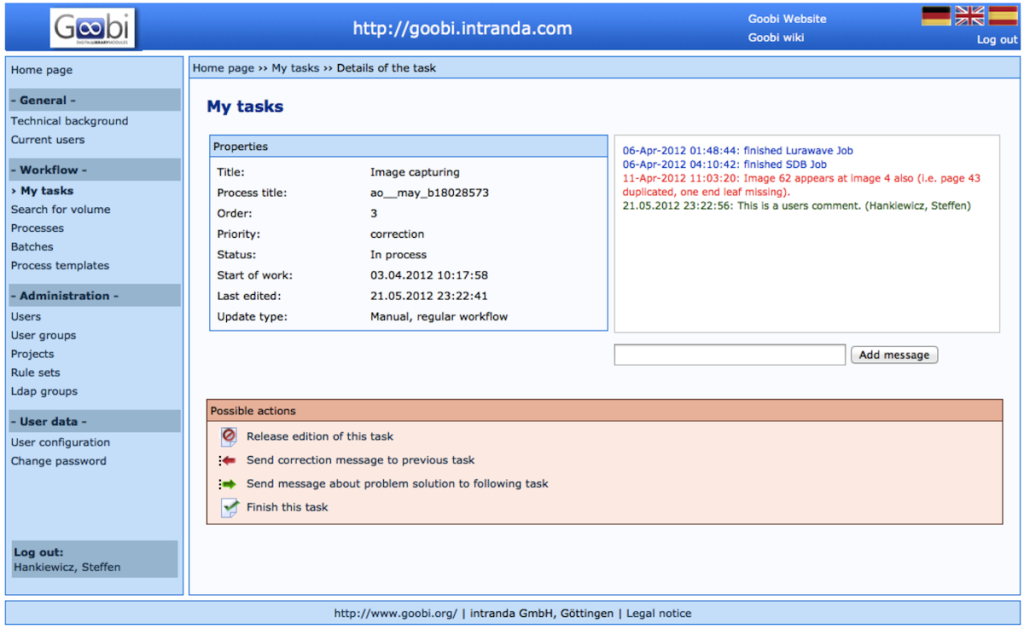 User can now specify individual default values for specific projects when creating processes. Selecting from a collection is only necessary if that collection is not the same as the default.

The plug-in import interface was extended to include an additional type. From now on, users can also select and import files directly from a server directory. The functionality depends on the individual import plug-in. 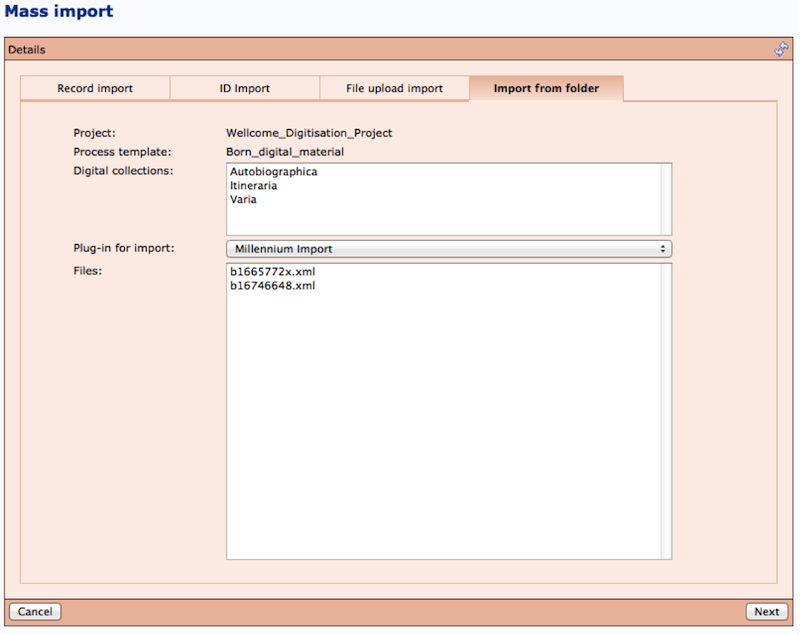 Read-only field in the metadata editor

The configuration options for the metadata editor were extended to allow users to set individual items of metadata as read-only and thus prevent them from being processed.

Extended filter options for own tasks

The range of filter options available for a user’s own tasks was extended to match those available for processes. The same uniform syntax can now be used in all areas.

The language files aimed at English- and Spanish-speaking users were completely revised. All text was checked and improved with the help of qualified, mother-tongue translators.

Usability optimisation for the Enter key

In many areas of Goobi, pressing the Enter key used to have the unintended effect of cancelling. This was checked for all forms and modified to ensure that the correct default action was followed. This alone has made working with many forms much more user-friendly and intuitive.

An additional docket type was introduced for generating batches. The new ‘multi-docket’ contains all the dockets for the corresponding processes as well as a cover sheet. The docket can be configured using an xslt file.

A new docket management function was added to generate dockets. In the same way as rulesets, the dockets produced in this way can be allocated to individual processes and therefore to process templates/workflows. Different workflows can therefore use a number of dockets within a single project. 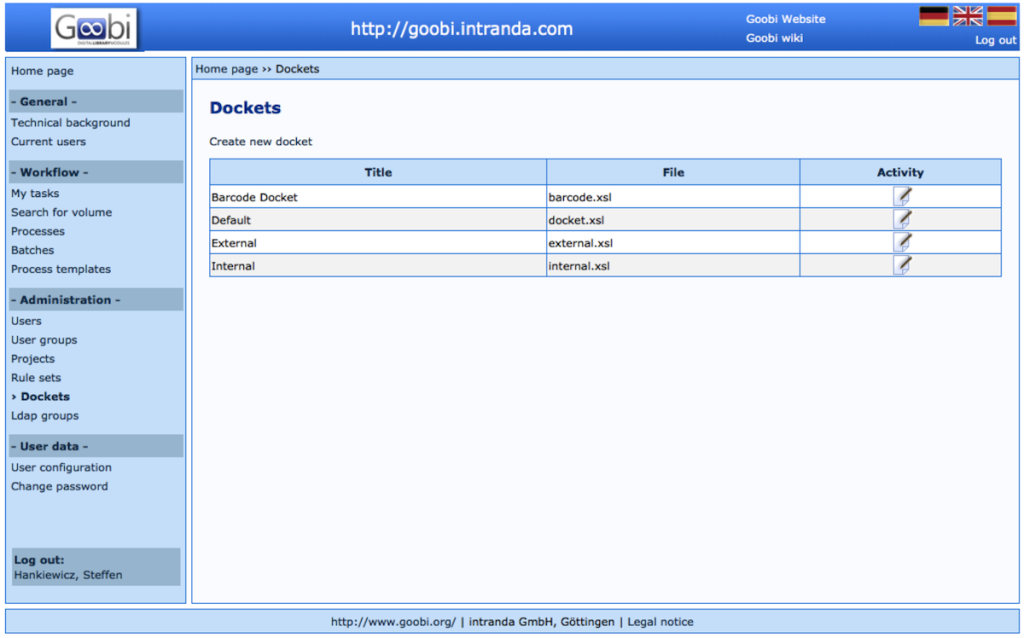 For reason of simplification, an additional mechanism was introduced that automatically renames existing process folders if the process title itself is renamed. This ensures that any change in the process title is reflected in the file system.

Goobi 1.9 is compatible with Microsoft Internet Explorer. The entire program was checked to ensure that it is displayed and can be used correctly with this browser.

In very rare cases that were hard to replicate, a number of sites reported illogical workflow behaviour for individual volumes. In some cases, several steps were opened at the same time and in others subsequent steps were not opened at all. This problem was resolved in Goobi 1.9..

Some of the messages displayed to users had not been localised into the correct language. Following an intensive review, many additional messages are now translated before being displayed.